Experiences of Suspension: An Interview with Leslie Shows

Leslie Shows’s new body of work was inspired by two small chunks of pyrite, aka fool’s gold. In a sense, the material is richer in metaphor than actual value; neither precious nor revered, it has modest industrial utility and reflective qualities that dazzle deceptively in the ground. As a doppelgänger for a fourteen-carat commodity, it calls worth into question. A series of faceted paintings on shiny aluminum panels, some more than six feet tall, are based on scans of pyrite and are rendered in a polymorphous array of elements––Plexiglas, Mylar, crushed glass, metal dust, mica, acrylic paint. Shows coaxes alchemical effects from her complex admixtures––some of the works suggest light fragmented into rainbow spectrums. Engraving into the aluminum and Plexi surfaces, for example, yields a sense of spatial confusion. It’s difficult to discern whether the foundation of these angular abstractions extends or recedes. These paintings similarly waver between abstraction and a detailed sense of realism. In previous works, Shows reveled in geological interests, creating mixed-media representations of arid salt mines, earthly locations formed over vast time frames. Her latest pieces spring from similar interests, yet reveal a notable shift in materiality, dimensionality, and sheen. Shows also commendably explores new modes and materials, particularly in a series of sculptures cast in sulfur (notably, pyrite is half-sulfur and half-iron). The sculptures, a flat yellow contrast to the metallic sheen of the paintings, emulate the shapes of minerals, computer hard drives, and dollar store trinkets. Displayed on the floor, the objects are rendered homely manufactured modules that can’t compete with the complex forces of nature and Shows’s ability to marshal them. (Haines Gallery, 49 Geary St, Suite 540, San Francisco, CA)

Experience teaches us to distrust reproductions of artworks. So the accuracy of the digital image I received from Haines of Leslie Shows' "Face P" (2011) stunned me.

Having seen some of her earlier work, I already thought of Shows as an artist who values aesthetic richness, but not even a luminous reproduction prepared me for the astonishing beauty and complexity of her new paintings.

To get a sense of the surprise that scrutiny of "Face P" (2011) delivers, consider its ingredients: ink, acrylic, Mylar, Plexiglas, metal filings, sand, crushed glass, canvas and engraving on aluminum. Now try to imagine a coherent way of combining these things.

I doubt that Shows worked from a recipe. She must have evolved works such as this slowly and by makeshift. Their tiers of different sorts of detail and finish have an ancestry in her earlier paintings. But the recent pieces at Haines invent their own new order of mastery.

Shows' new paintings have a subject of sorts: a chunk of pyrite, or fool's gold, that for some reason captivated her.

We might view the paintings as an effort to account for that fascination. They act on a viewer as a hallucinogen might, causing us to see them now as micrographs, now as satellite views, studies of crystal fracture and visions of a wounded reality. Differences of matter, finish and handling become unaccountably absorbing, as if Shows has found some way to sublimate fabulous narratives into concatenations of physical detail.

Then there's the associative level. Chemically, fool's gold is iron sulfide; metaphorically, it might signify any value sustained by delusion or misinformation.

Shows keeps us wondering with what looks to me like a misstep in her exhibition: a floor installation of forms - ranging from generic electronics remotes to mineral crystals to fortune cookies - molded in sulfur.

Perhaps Shows has "brimstone" in mind, old-school preachers' shorthand for damnation. Perhaps she sees the forms she's chosen to mold as symbols of magical thinking.

In any case, the sublimation of thought into material detail, so compelling in the paintings, does not seem to have worked with the sulfur elements.

Being chemically fundamental, they recall, at least in conceptual terms, the elemental material of certain minimal sculpture, especially Carl Andre's. But the faint, foul odor they emit might in itself be taken for a critique of minimalist purism. 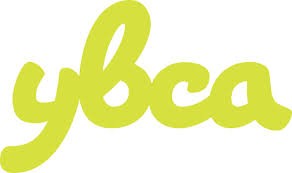 Leslie Shows' paintings with mixed media collage forefront the geological underpinnings of land formations while turning to the imaginary to visualize the energetic waves, both
scientific and metaphysical, that hover around large masses of land and its contiguous relationship with the sky and bodies of water.

For Display of Properties, Shows sets flags of different types and sizes above cascades of marbleized swirls of poured colors that appear to drip down the wall as if they are seeping into it. Drained of all their color and projecting out from the wall, on the perpendicular, they wave gently, regally, at the upper edge. The colors, freed from the confinement of the flags, now serve another purpose as they blend with the register of geological time and glacial speed. Arranged in multicolor pours on paper, the works were inspired by the water formations on the rock faces at Zion National park in Utah. They have been conceived in the spirit of Robert Smithson's Asphalt Rundown (1969), where asphalt was poured down a hillside from the tipped bed of a dump truck. Through the force of gravity, the asphalt's own mass determined its form based on the qualities of its sluggish materiality.

Shows' flags also lack their telltale insignia, visual symbolic codes that have long indicated a condition of belonging within human civilization. Here sets of glyphs and crests- heraldic, narrative, and abstract- that have been excavated from the flags, have migrated to the bottom of the pours. These creatures and symbols that represent imaginary realms and territories of the mind as well as finials at the top of flagpoles retain the individuality that once marked the flags. Shows makes visceral and visible descriptions and ideas about the material processes of nature in relationship to the systems of human collectivity discussed in Manuel De Landa's influential 1997 book, A Thousand Years of Nonlinear History. In the world that Shows creates, time, space and semiotics are codependent and, when separated from each other, the signified is able to float free from the signifier and meld with a time of no history. She nests human experience within the slower framework of the geological time of rock formation.

Leslie Shows reinvigorates the practice of landscape painting with large, materially rich pieces that conflate a vast continuum of geological and human change. Through broad gestures and intricate details, she articulates a world in which we are but fleeting specks. Two Ways to Organize (2006), for instance, suggests both the big bang paradigm of energy explosion-reaching as far back in time as one can imagine, and a look back at today from a distant future. Little splotches of paint and collaged cutouts recall particles organizing themselves into the beginnings of the universe. Lower in the composition, one sees "matter having a flow to it—a transformative sense of stratification, layering, and deposits," as the artist explains. A variety of found images including antlers, seashells, rock formations, and compass roses appear within ribbons of acrylic paint, rust, and mud. Residue of the present-day hobbyist shows up in gridded needlepoint patterns, which stand in for salt or other crystalline structures. The surface also bears several little faux copper, bronze, and silver scrapbook labels that were manufactured as organizing tools for hypothetical memories: History Lessons, Autumn, Travels, Cruisin'. In Shows's composition, however, they are trapped in amber—made into archaeological relics of contemporary middle America. Influenced by the philosopher/filmmaker Manuel De Landa and his recent volume A Thousand Years of Nonlinear History (1997), Shows collapses time across the earth's multiple histories.

The landscape of her childhood is more specifically present in View from the West of High-Viscosity Lithic Form, with Carbon Freeze (2006). "Glaciers, calcified mining ruins, and rainy rebar-strewn lots were my playgrounds," Shows recalls of Juneau, Alaska, where she grew up. In the painting an old mining structure sitting atop an icy, mountainous horizon that gives way to a sheer drop below. Baggies of yellow pigment resonant with gold, sulfur, and even "yellow cake" mix seem to have been extracted from the veins in the rocks and pinned like specimens along the dark chasm at the painting's center. Further evidence of human history appears in a tumbling cascade of stone figures and images of ancient cities. In her dense and detailed approach to composition, Shows has a hand as distinctive as that of Jess; in her geoaesthetic awareness, a debt to Robert Smithson.

A third new piece, a long horizontal titled Heaps of Elements for a Body, About to Act or Finished Acting (2006), zooms way in, eliminating the horizon line completely. The flow of matter moves side to side, punctuated by cubes poetically representing the quantities of various elements in the human body (hydrogen and iron, for instance, and more obscure elements such as cobalt and zinc). Plastic googly-eyes pool together like fish eggs. Actual fingernail clippings mimicked by paper hole-punch crescents allude to some of the calcified parts of our bodies.

An avid reader, researcher, and thinker, Shows plans her works for a long time before realizing them, and each is the result of what she calls a sort of "brain frenzy." Once she has her compositions in mind, she prepares many of her materials before applying them to the huge sheets of mulberry paper that support each work. She "grows" her own salt and rust; brushes acrylic paint onto Plexiglas and then peels it off in skins; and culls images from magazines and the Web. The results are synthetic, symbolically potent assemblages that hold both micro and macro lenses onto ancient lands ravaged by short-term occupants.

Shows's quasi-abstract paintings and works on paper conjure up a psychedelic landscape marked by black icebergs, reflecting pools and celestial phenomena. At times, lines of text or collaged images of figures and hands are arranged into patterns of crystals or the concentric rings of a tree. Robert Smithson is an obvious inspiration, underscored by titles like, "The Sky Becomes the Sediment." But where Smithson applied his sci-fi slant on sedimentation and entropy to actual landscapes- pouring asphalt down hills or building a stone spiral in an inland sea- Shows sticks to two dimensions, to leapfrog the laws of time and space. Through May 15th. (Hanley, 136 Watts St., NY, NY, 646-918-6824)

Leslie Shows uses collage and abstract-painting techniques to create layers and depth to her constructed landscapes. The paintings really work in two ways: From a distance they read like photorealistic paintings of geological formations, while up close they reveal a miniature otherworld of tiny constellations rich with texture and depth. Looking closely, we see mini Ziploc drug bags filled with yellow powder, a pile of fingernails, salt, mud, confetti and cardboard, all adhered to panels. The result is almost a Where's Waldo search for her intricacies, with equal pleasures.

In an assured solo debut, Leslie Shows combines her interest in social and environmental issues with obsessive hands-on methods to form collaged visions of a world in decline. The colors of her vast landscapes evoke oxidation, rust, and strip-mined American vistas, yet Shows manages to dazzle by composing these works with incredible detail and the dramatic sweep of a geopolitical paradigm shift. Her works express a hard-to-fathom vision somewhere between utopia and dystopia, a retro future of corporate ruins, as well as crafty environmentalism. The pieces themselves are acts of recycling, with passages articulated with pale confetti of hole-punched office paper (often broken down to fingernail clipping-sized slivers), lines carefully sliced from ruled notebook paper, tiny images from magazines and newspapers, grains of sand, and connective areas of painting and drawing. They are redolent of endless deserts, black holes and rubble piles, yet Shows combines these unsavory subjects with a haunting, dreamlike beauty. This is post-apocalyptic fantasy at its finest- or is it really a palpable vision of now?